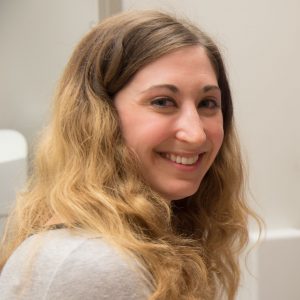 Structural Heart interventions in the cardiac catheterization lab (such as TAVR, or Transcatheter Aortic Valve Replacement) demand accurate, real-time imaging of both catheter devices and patient anatomy. Ultimately, the fusion of 3D
Echocardiography with derived 3D models of catheter devices from X-ray Fluoroscopy is desired; with this visualization model, we hope to facilitate the success of such procedures. My research has investigated the possibility of using 3D transthoracic (TTE) echo in place of Transesophageal (TEE), to reduce patient risk and procedure times. Knowing the 3D position and orientation (or “pose”) of the TTE probe in X-ray space is necessary to performing fusion between these two imaging modalities. Currently, an x-ray pose-estimation technique is being investigated, in which small, radio-opaque fiducials are attached to the TTE probe. Using the appearance of these probe-attached fiducials in a 2D x-ray image, the 3D pose of the TTE probe can be estimated relative to the x-ray coordinate system. This probe tracking algorithm is currently being implemented in a real-time, CUDA-optimized framework such that 3D displays featuring a 3D echo volume relative to a 3D-reconstructed interventional device can be achieved at rates of at least 15 frames-per-second. Additionally, we have designed a customizable, multi-modality phantom to 1) quantitatively measure registration accuracy of x-ray/echo fusion and 2) accept a manipulable catheter delivery system within simulated anatomy, to test the proposed 3D registration display in a controlled, experimental environment.