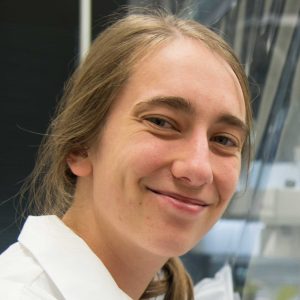 I am studying the interactions between bacteria living in the human GI tract, often referred to as the human gut microbiota. These bacteria have dynamic interactions such as competition for resources, cell-to-cell communication via signaling, and warfare. The interactions of resident gut microbes with non-resident invaders can provide colonization resistance, preventing human disease states. I am working to determine what key species and microbial interactions enhance community stability and resilience in response to antibiotic and invasion perturbation, with the goal of designing communities that are stable to antibiotics and can resist invaders such as Clostridium difficile, the causative agent of the common hospital acquired Clostridium difficile-induced colitis. This knowledge will inform development of biotherapeutic treatments.