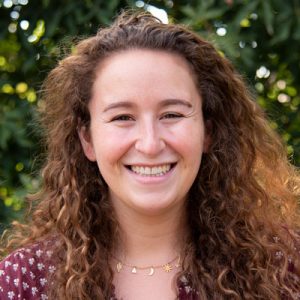 DNA methylation is a major epigenetic mechanism that critically regulates gene expression and genome stability. In plants, Domains Rearranged Methyltransferase 2 (DRM2) preferentially mediates CHH (H=C, T, A) methylation, a substrate specificity distinct from that of mammalian DNA methyltransferases. However, the underlying mechanism is unknown. Here we report structure-function characterization of DRM2-mediated methylation. An arginine finger from the catalytic loop intercalates into the non-target strand of DNA through minor groove, inducing large DNA deformation that impacts the substrate preference of DRM2. The target recognition domain of DRM2 stabilizes the enlarged DNA major groove via shape complementarity, rather than the canonical, base-specific interaction mechanism. The engineered DRM2 C397R mutation introduces base-specific contacts with the +2-flanking guanine, thereby shifting the substrate specificity of DRM2 toward CHG DNA. Together, this study uncovers DNA deformation as a mechanism in regulating the group specificity of DRM2 toward CHH substrates, implicative of methylome complexity in plants.
To further our understanding of DRM2’s substrate preference in vivo, we have begun working on a
CRISPR dCas9 SunTag system that allows us to target specific loci and tether DRM2 proteins to this location to methylate. We will target our DRM2 SunTag lines to locations in the Arabidopsis genome such as FWA, a gene whose expression is controlled by CG methylation to test context preference switch. Once we test our DRM2 SunTag system in a normal Arabidopsis background, we will introduce it into mutant backgrounds of DRM2’s targeting partners. This will allow us separate DRM2’s targeting mechanism from its methylation activity. We anticipate that the C397R and C397H mutants will allow for DRM2 have higher methylation activity on CG substrates because we can target our SunTag DRM2 proteins to locations in the genome that have a higher CG nucleotide content than DRM2’s normal targets. We have created the DRM2 SunTag construct, have introduced it into normal Arabidopsis plants, and will be performing DNA methylation analysis early this year. We anticipate introducing the DRM2 SunTag construct into the targeting pathway mutant backgrounds later in 2020 and having performed all the DNA methylation analysis by the end of this calendar year.