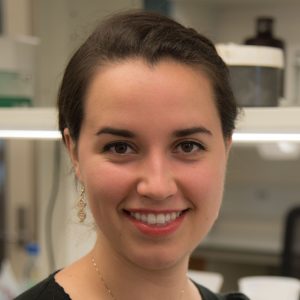 Within the emerging field of cancer immunotherapy, genetically engineered human T cells expressing cancer-specific chimeric antigen receptors (CARs) represent an exciting new treatment possibility. However, in spite of notable successes in combating leukemia, CAR T cells have shown limited efficacy against solid tumors. We hypothesize that this difficulty may stem from engineering methods that rely on viruses to deliver the CAR, thus causing it to randomly integrate into the genome, and producing heterogeneous cell populations. These random integrations may lead to significant variability in expression levels and signaling activation of the CARs. As such, it is necessary to isolate functionally cytotoxic CAR T cell fractions from the transfected cells. To mitigate this issue, we designed a microscale co-culture system to study the behavior of CRISPR-edited CAR T cells in vitro. This system allows us to assay interactions between engineered T cells and cancer cells in a high-throughput manner, and to develop mathematical models that predict CAR T cell survival rates and cytotoxicity levels against cancer cells.  My role in this process has been as follows: