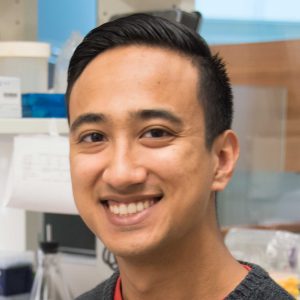 Understanding the function of the putative mitochondrial phosphatase YKR070W

Phosphoryl transfer can regulate enzymatic function and establish intermediates required for the biosynthesis of a desired metabolite. This fundamental biochemical reaction is highly prevalent in mitochondria, which are organelles that serve as major metabolic hubs in cells. However, a complete functional understanding of the resident enzymes that catalyze the removal or formation of phosphoryl groups in mitochondria is lacking. This year, I have begun to investigate YKR070W, a poorly studied yeast enzyme that localizes to the mitochondrial matrix. Based on structural and sequence motifs, YKR070W is a member of the haloacid dehalogenase (HAD) superfamily which is an enzyme family that is dominated by phosphatases. Recombinant Ykr070wp possesses dephosphorylation activity against a generic phosphosubstrate analog in vitro, suggesting that it is a phosphatase. Loss of YKR070W confers yeast to become more resistant to oxidative stress, potentially through a hormetic response. YKR070W is conserved throughout eukaryotes, and the human ortholog CECR5 is implicated in a rare congenital disease known as Cat Eye Syndrome; those affected suffer from coloboma, myopathies, and/or varying degrees of developmental and neurological disorders. CECR5 is also a resident mitochondrial protein with matrix localization and possesses core HAD motifs.