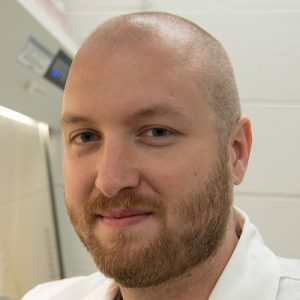 Tetherin is transmembrane protein that can be induced by interferon. As enveloped viruses detach from infected cells, tetherin can act to prevent this detachment and inhibit budding of virions from the infectedcell surface. However, HIV/SIV antagonize tetherin through proteins that allow for the budding of nascent virions. HIV-1 does this though the accessory protein Vpu while SIV utilizes Nef. It is hypothesized that Vpu/Nef antagonism of HIV/SIV tetherin will lead to increased protection of HIV/SIV-infected cells from ADCP. This may offer positive therapeutic implications if antibody-based vaccines are used alongside tetherin upregulation to help inhibit HIV/SIV replication. I will be conducting HIV/SIV-infected cell based ADCP assays with tetherin modulation using WT and dVpu/dNef HIV/SIV mutants to test this hypothesis.