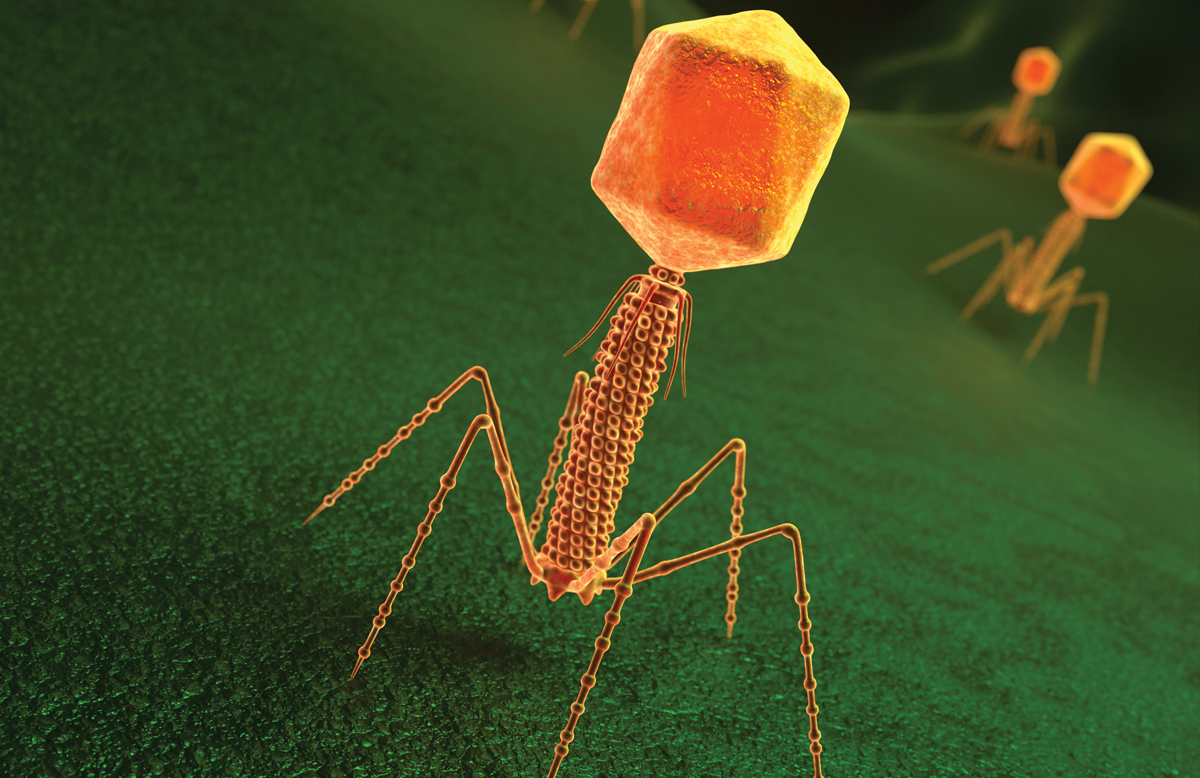 In nature, bacteriophages are the natural predators of bacteria. Phages, as they’re commonly known, are classified as viruses; they infiltrate the walls of bacteria and hack their biological machinery to make a slew of baby phages. Those baby phages fill the bacterium until it explodes; then they seek other bacterial cells to destroy. Bacteria mutate to survive these attacks from phages in an evolutionary arms race that has been raging for billions of years.

“Bacterial infections are a slow-burning epidemic that has been happening for the last 20 years,” says Vatsan Raman, associate professor of biochemistry and bacteriology at the College of Agricultural and Life Sciences. “It’s a compelling societal problem. If you were to list some of the grand challenges that society faces, bacterial resistance to drugs is among the top three.”

Raman, who is also a Biotechnology Training Program (BTP) mentor, wondered if molecular methods and synthetic biology could be applied to the superbug crisis and potentially save lives. When he learned about phage therapy, Raman felt cautiously optimistic — it seemed to hold true promise.

As Raman studied phages, he wondered whether their natural powers could be harnessed to fight multidrug-resistant bacteria. If an effective process could be found, thousands — perhaps millions — of lives could be saved. “That’s the idea that got me involved in this space,” he says.

The goal of Raman’s lab has always been to repurpose nature’s processes in ways that are beneficial to humans. For the last five years, he and his team have been working on ways to make thousands of mutations to phages. With phage therapy, they want to see what mutations can best kill the deadliest bacteria in the world, hoping to fight back against the superbug crisis.

“You can think of this as supercharging evolution,” Raman says.